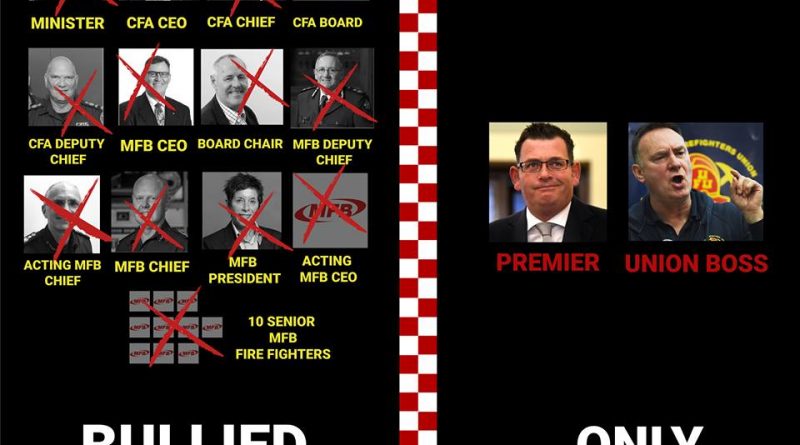 More than 300 years of combined experience have been lost with the number of senior firefighting personnel who have been bullied out of their jobs by Premier Daniel Andrews.

These are people who have sacrificed their careers and their futures to stand up to protect the firefighting services they passionately believe in.  They’ve done it because they’ve seen the destructive effects of giving powers to the United Firefighters Union and its boss, Peter Marshall, and they know how much worse it will get if the UFU is given even more power.

Only two people seem to think there’s nothing wrong in our fire services – Daniel Andrews and Peter Marshall.  Anyone who doesn’t agree with them gets bullied out.

We need a Royal Commission to get to the bottom of the chronic problems that have dogged our fire services for years, which Matthew Guy has committed that a Liberal Nationals government will establish.