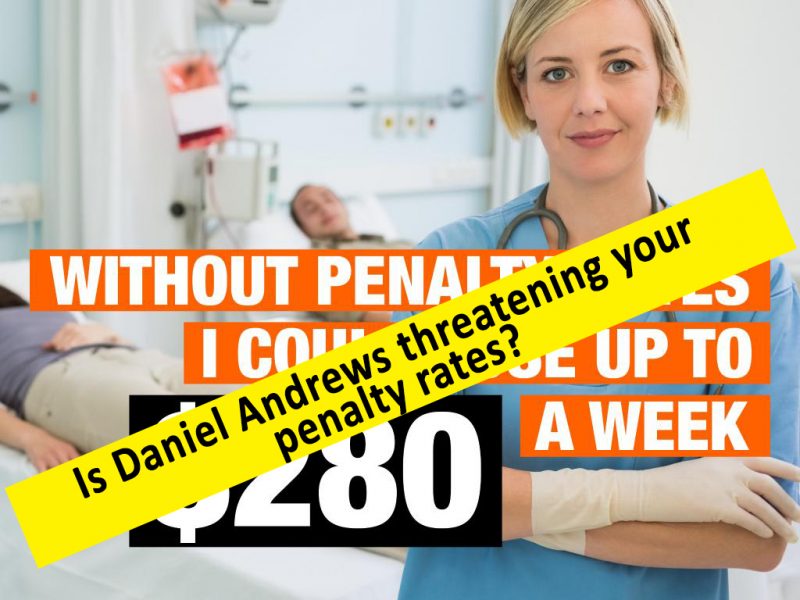 Daniel Andrews says nurses’ penalty rates are at risk, but any EBA change needs his agreement. So how can anyone believe a word he says?

Victorian nurses and other public sector workers are employed under Enterprise Bargaining Agreements entered into with the State government as employer, so any change to penalty rates under the EBA can only occur if Daniel Andrews agrees to it.

Thus Daniel Andrews’ claims that the penalty rates of Victorian public sector workers are at risk from the Commonwealth’s Productivity Commission’s workplace relations system review are simply untrue, like so much else he says.

For more about penalty rates and reviews, including about the current Fair Work Commission review started by Bill Shorten when he was workplace relations minister, see http://abetz.com.au/…/bill-shorten-s-review-of-penalty-rates