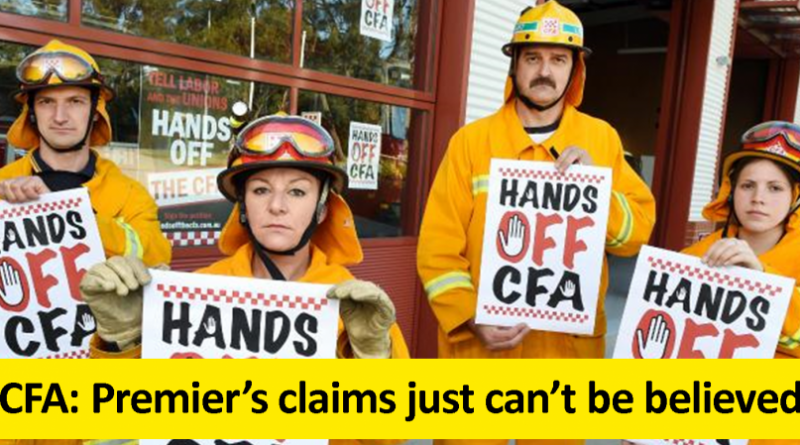 Last Friday, Premier Andrews’ new puppet CFA Board announced they had appointed a new CEO within hours of former CEO, Lucinda Nolan, being forced to resign.

Now the CFA have admitted their announcement was written for them by the government, despite Premier Andrews denying the CEO appointment was anything to do with him.

As Liberal leader, Matthew Guy, says, “It’s now clear that his plan all along was to bully two senior women out of their jobs with ready-made replacements.”

And they can’t even get their story straight.