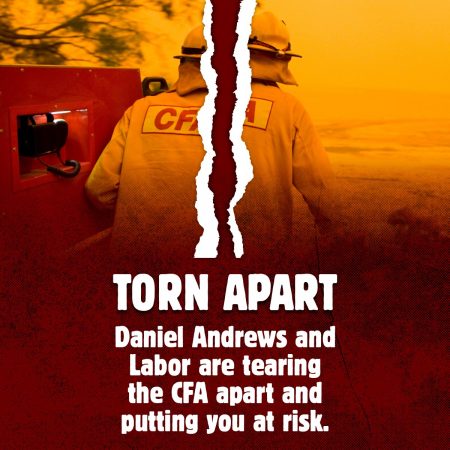 This break-up of the CFA opens the way for the CFA and its volunteers to be gradually downgraded and marginalised as Mr Andrews gives the paid firefighting service more and more responsibilities as well as the bulk of any future new funding.

Mr Marshall’s demands for veto powers affecting CFA volunteers was what led to this dispute in the first place, and simply shifting paid firefighters to a separate employer won’t end those demands.