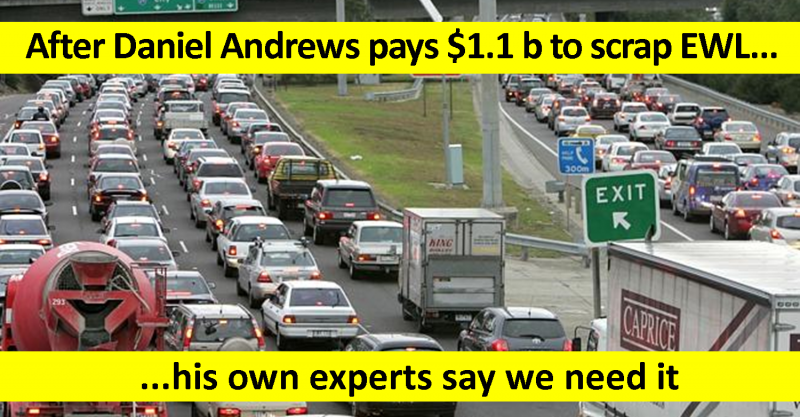 These are Daniel Andrews’ own hand-picked experts agreeing that Melbourne needs the East West Link.

It shows once again Mr Andrews’ reckless folly in scrapping it, and Bill Shorten’s weakness in backing him to do so.

Malcolm Turnbull and the Federal Liberals remain committed to East West Link and have set aside $3 billion to support any Victorian government to build it.

In contrast, if Bill Shorten is elected he will take the $3 billion of Federal commitment off the table.

It leaves a pretty clear choice for voters on 2 July.