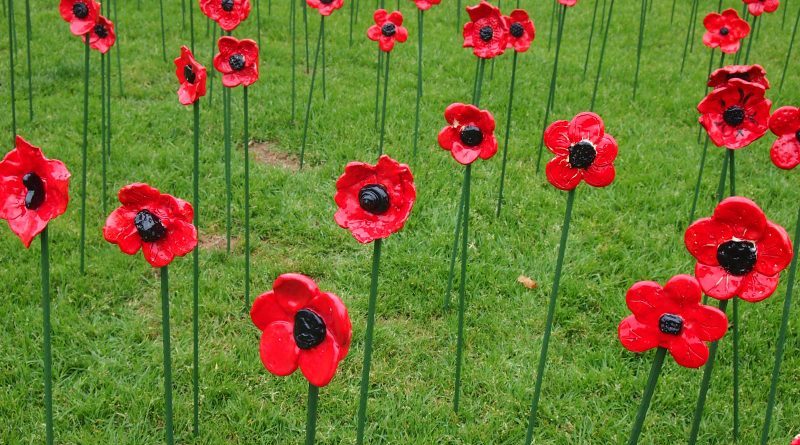 A field of 600 deep red ceramic poppies covered the Box Hill Town Hall front lawn yesterday to coincide with Remembrance Day and, will remain ‘planted’ until Friday 20 November. The majority of the poppies were made by local primary school students in a project that forms part of Whitehorse City Council’s Anzac Centenary commemorations.

Each poppy is inscribed with the name of a person who served during World War I and hailed from the Shire of Nunawading (now incorporated in the City of Whitehorse), making this a memorial that is both visually striking and very moving.