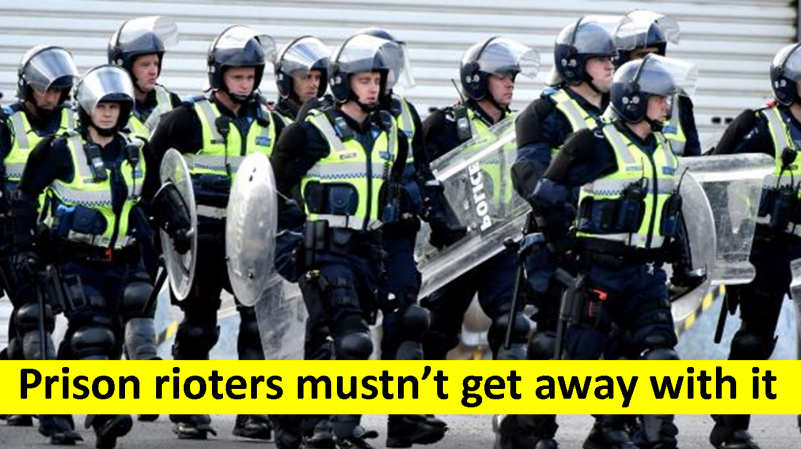 It looks as though some of last year’s “smoking ban” prison rioters will face minimal consequences, with the main charges against them being dropped.

These riots showed complete contempt for the law and for authority, as well as causing millions of dollars damage and ongoing turmoil and overcrowding in our prisons.

There can be times when prosecutors have no choice but to drop charges if the evidence isn’t strong enough. However, the government must do all it can to ensure the most serious charges possible proceed against every prison rioter, and that offenders do genuinely feel “the full force of the law” rather than a rap over the knuckles.