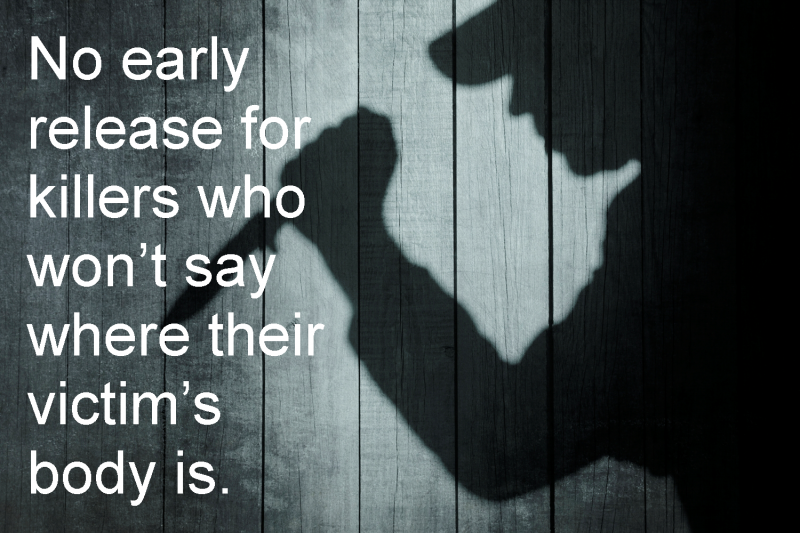 My colleague Edward O’Donohue brought the legislation into Parliament yesterday to change the law so murderers who won’t reveal where their victim’s body is can’t get parole. As he told Parliament:

“…when it comes to parole and the justice system, as a community and as a Parliament, we must always look for ways to better protect the community, hold criminals to account and put the interests of victims at the heart of the decision-making process. …

“The families of victims who have not had the benefit of closure are entitled to have this important issue addressed. By strengthening the parole regime, the bill reinforces that parole is a privilege and not a right.”

What is needed now is for the Andrews government and all MPs to support this legislation so we can get it passed and make it the law.

To read the Bill as introduced into Parliament, see http://bit.ly/1Ume83i.