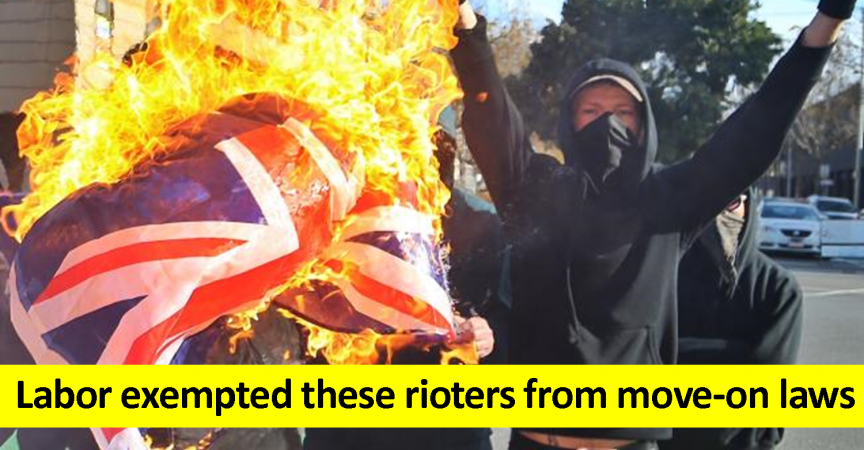 We’ve had yet another riot in Melbourne over the past weekend.

The Andrews government repealed the Coalition’s move-on laws that gave police power to head off violent protests before they started, and now the community is paying the price again.

Premier Andrews wanted to give free rein to the CFMEU, anti-East West Link protesters and other Labor-aligned groups, and now we’re seeking riots and street brawls across Melbourne.

The government says it will try to undo its damage by introducing new penalties. What they need to do is bring back the move-on powers they scrapped, as well ending their police cuts, ending their weakening of juvenile bail laws and ending the watering down of sentences by the courts.