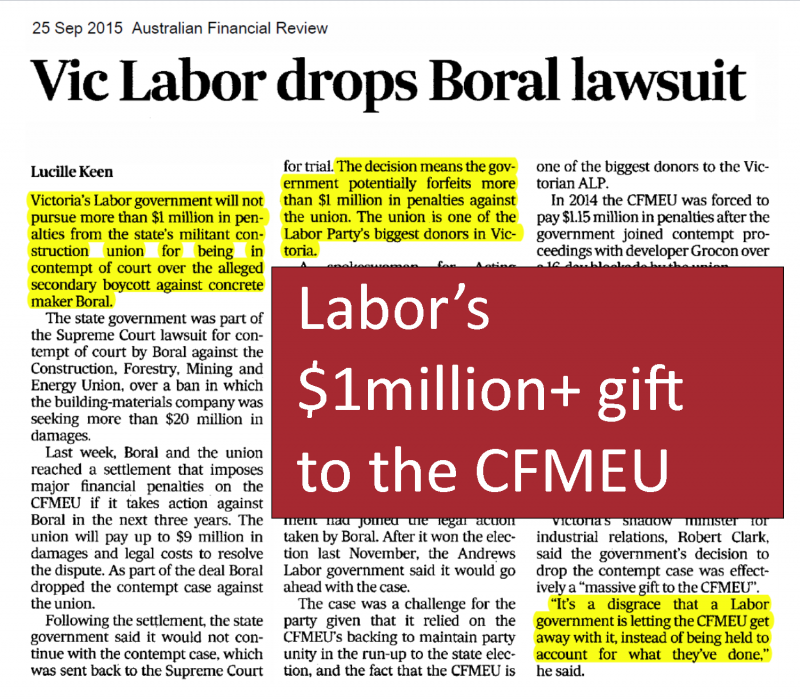 This is a disgrace. Victoria’s Labor State government has effectively handed a multi-million dollar gift to the CFMEU.

Last Friday, the government quietly dropped all legal proceedings over the CFMEU’s alleged defiance of Supreme Court orders requiring them to lift their black ban of Boral concrete on Melbourne building sites.

Dropping this case – commenced by the previous Coalition government – means the CFMEU have escaped any penalty for the alleged contempt they’ve shown for the Supreme Court and the rule of law.

Given they were ordered to pay $1.25 million in penalties for their earlier blockades of Grocon building sites, the CFMEU were facing another $1 million+ penalty if they had been found guilty of contempt over a Boral black ban.