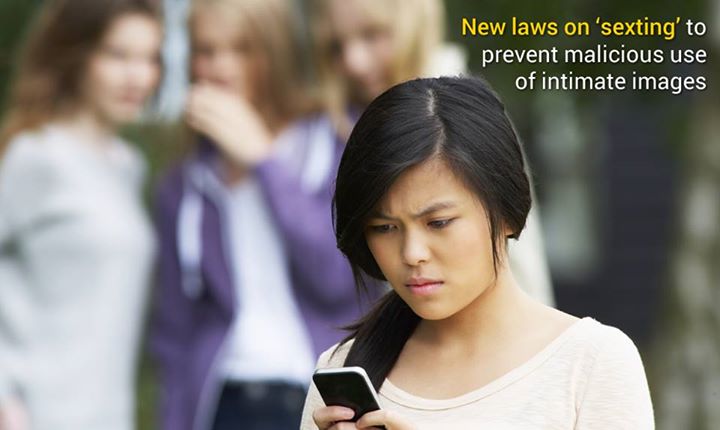 The Victorian Coalition Government is today bringing legislation into Parliament to ensure that young people who engage in non-exploitative ‘sexting’ don’t end up with criminal records or on the sex offenders register.

The Bill fulfils the Napthine Government’s commitment to implement the recommendations of the Victorian Parliamentary Law Reform Committee’s report following its Inquiry into Sexting.

The Bill will introduce certain exceptions to child pornography offences for minors and will also create two new summary offences for distributing or threatening to distribute intimate images, or ‘sexts’, without permission.

Attorney-General, Robert Clark said it was important that the law keeps up with rapid changes in the use of technology, and that young persons aged under 18 are not inappropriately prosecuted or added to the sex offenders register for consensual, non-exploitative sexting.

“The Bill will ensure that anyone under 18 years of age who creates, possesses or distributes an intimate image or ‘sext’ of themselves or of another minor who is less than two years younger than them will not be guilty of a child pornography offence,” Mr Clark said.

“However if the image depicts a criminal offence, such as a sexual assault, the exceptions will not apply.

“The exceptions will also not apply to anyone over 18 years of age, to ensure that the changes do not create a loophole through which genuine offenders can escape prosecution.”

“Currently, the law provides only limited protection against non-consensual distribution of intimate images and this behaviour can cause considerable harm to victims, particularly if an image ‘goes viral’,” Mr Clark said.

“The two new summary offences send a clear message that the malicious use of intimate images to embarrass and denigrate a victim is unacceptable and is a criminal offence.”