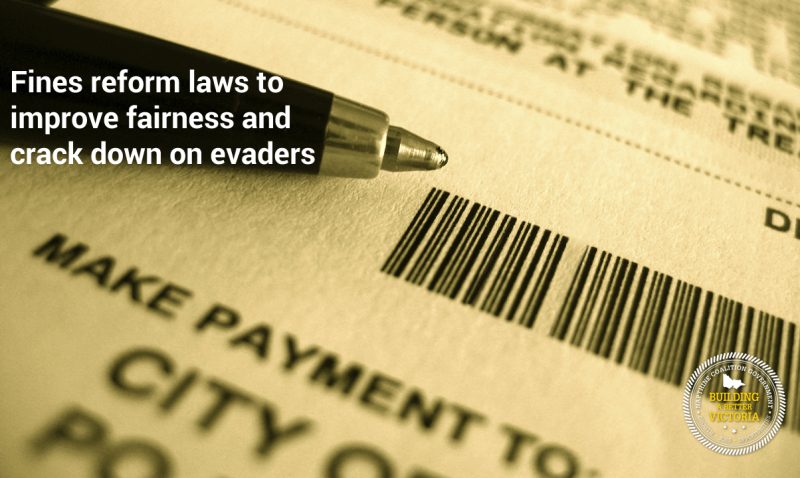 The Victorian Coalition Government has introduced legislation to overhaul fine collection in Victoria to create a simpler, fairer system and clamp down on serial fine evaders.

Attorney General, Robert Clark, said the reformed fines system would consolidate all fines into one account, allowing people to better understand what they owe and manage their payments.

“This will provide clearer details of people’s obligations and responsibilities and make it easier to identify and respond to people who need help,” Mr Clark said.

“These reforms will help sort out those who won’t pay from those who can’t, and provide improved options for vulnerable people to prevent them from accumulating spiralling debts.”

The Government’s fines reform initiatives include changes to provide:

These reforms are backed by $34.6 million of capital and recurrent funding over four years to upgrade IT systems and increase enforcement capacity.

The changes will include replacing the Infringements Court with a Director, Fines Victoria, to oversee the state’s fines system.

The Director of Fines Victoria will be able to apply sanctions automatically to people who have ignored their outstanding fines and allowed them to become warrants.

“These changes will assist in collecting payment from people who are deliberately trying to avoid their debts,” Mr Clark said.

“Those who are actively trying to avoid their fines and warrants will have their drivers licence or car registration automatically suspended, forcing them to confront their responsibilities.”