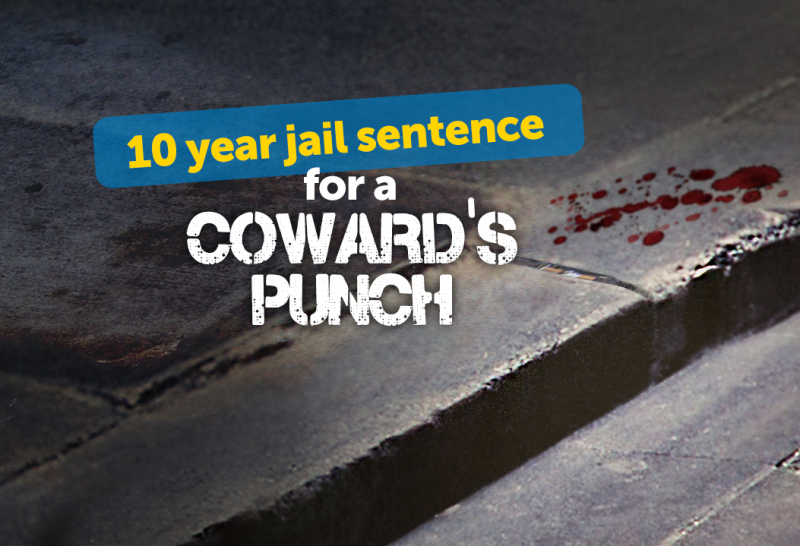 Those who punch or strike someone in the head without warning, resulting in their death, will be guilty of manslaughter and liable to a 10 year statutory minimum non-parole period.

The sentence will apply regardless of whether the death is caused directly by the punch, or by the person striking their head as they fall.

The law will also deem an injury-causing punch to the head to be a dangerous act for the purposes of the law of manslaughter where it results in the death of the victim.

Dr Napthine said the legislation would ensure that cowards who engage in one-punch attacks on unsuspecting victims would be held to account.

“A single punch is a dangerous act that can kill, and there is no excuse for such violence,” Dr Napthine said.

“A single punch to the head without warning can too often cause death or lifelong injuries. Often victims are young people with their whole lives ahead of them.

“We need to send a very clear message about the tragic consequences that can flow from a moment of violence.

“We also need to drive home to would-be offenders that they will spend a long time in jail if they resort to such violence.

“Claims of ignorance of the consequences of a single blow to the head will no longer be an excuse.“

Mr Clark, said the legislation would also impose tougher penalties for those who engage in vicious gang attacks resulting in death.

“There have been horrific and terrifying attacks in which gangs viciously kick and stomp a victim, resulting in death. Offenders are also deliberately carrying and using knives in street fights where the victim is fatally stabbed,” Mr Clark said.

“Under these reforms, anyone convicted of manslaughter in these circumstances will face a 10 year statutory minimum non-parole period.