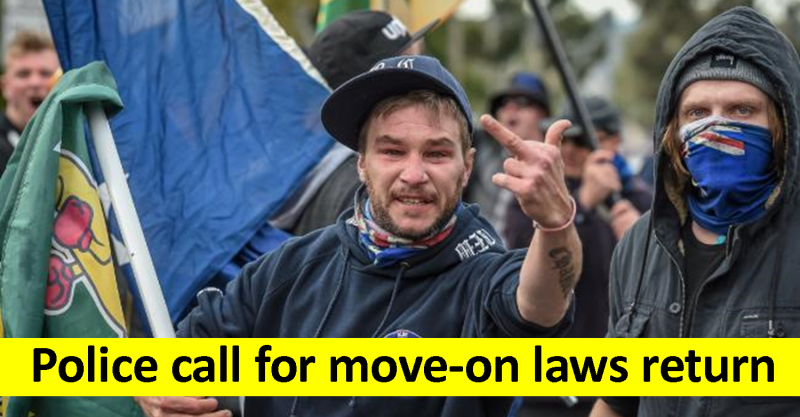 Labor scrapped those powers to help their mates in the CFMEU and left wing protest groups.

Police are now left powerless to act to head off violence or lawlessness by anyone who claims they are protesting about a “particular issue”.

Everyone should have the right to peacefully protest or express their views. However, no-one should be allowed to resort violence or intimidation, whatever their protest is about.

It adds insult to injury for the Attorney-General and other government Ministers to deny they have stripped police of their powers.

For anyone who wants to check for themselves, have a look at section 6 of the Summary Offences Act 1966 as it currently is, at http://bit.ly/27Yf9ot, especially the exemption at s.6(5), and compare that with what was in sections 6 to 6I of the Act as they were before Labor gutted them, at http://bit.ly/22tl8Of.

For the Herald Sun’s report on the call for the return of move-on laws, see Police lash out over licence to riot.