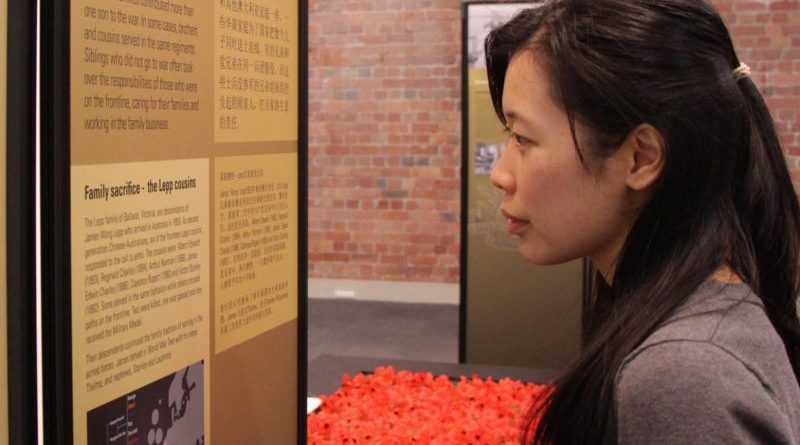 Today, as we celebrate Chinese New Year, it’s fitting to also remember the service of Chinese Australians in World War One. A fascinating exhibition at Melbourne’s Chinese Museum 澳華歷史博物館, “Chinese ANZACS: Chinese Australians and World War One”, sheds new light on the legacy of Australians of Chinese descent who served in the Australian armed forces. When WWI was declared in 1914, Australia issued a call to arms. The Chinese-Australian community rallied behind the… war effort with around two hundred Australians of Chinese descent enlisting to fight. Of these, nineteen received a total of twenty-three gallantry awards, and forty tragically died in action.

Billy Sing (a famous sniper who received both the Distinguished Conduct Medal and the Belgian Croix de Guerre), Caleb Shang and Hunter Poon are some of the well-known Chinese-Australians who served on the frontline. Other stories have remain untold until now.

The Chinese ANZACs exhibition will be on show at the Chinese Museum (22 Cohen Place, Melbourne) until 31 July 2015. Entry to the museum is FREE on 22 February. For more information, please go to: http://chinesemuseum.com.au.