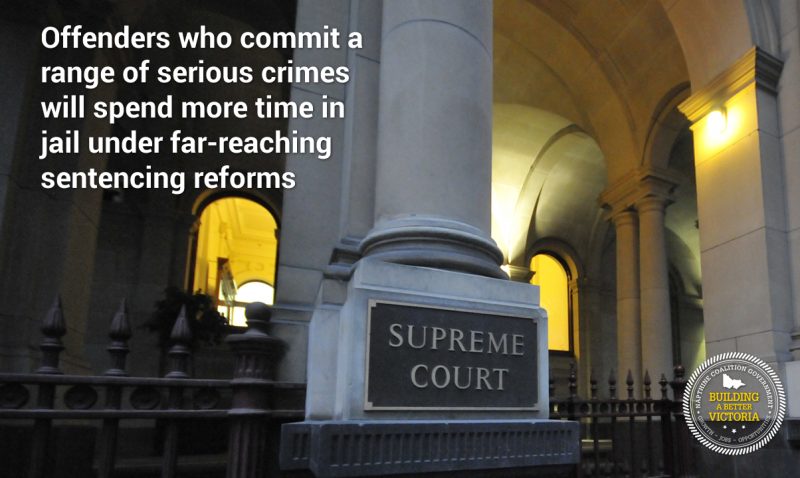 New laws passed by the Victorian Parliament this week will ensure that offenders who commit a range of serious crimes will spend more time in prison.

The new legislation requires courts to set higher sentences not just for the most serious instances of those offences, but across the sentencing range.

“These changes will see significant increases in the patently inadequate average sentences currently being imposed for some of the most serious of crimes,” Mr Clark said.

Under the reforms, the average sentences for the offences to which the legislation applies will increase to:

The Bill is the first stage of the Victorian Coalition Government’s introduction of baseline sentences under which the community, through the Parliament, will be able to specify not just the maximum sentence that can apply for an offence but the median sentence for courts to apply.

“This legislation makes clear that cases of the sort that would previously have received the old median sentence must in future receive the new, higher, baseline sentence specified by Parliament,” Mr Clark said.

Offenders sentenced to 20 years or more will be required to serve a non-parole period of at least 70 per cent of the sentence in jail.

These reforms add to the range of significant sentencing reforms already introduced by the Coalition Government to ensure stronger and more effective sentencing in Victoria.