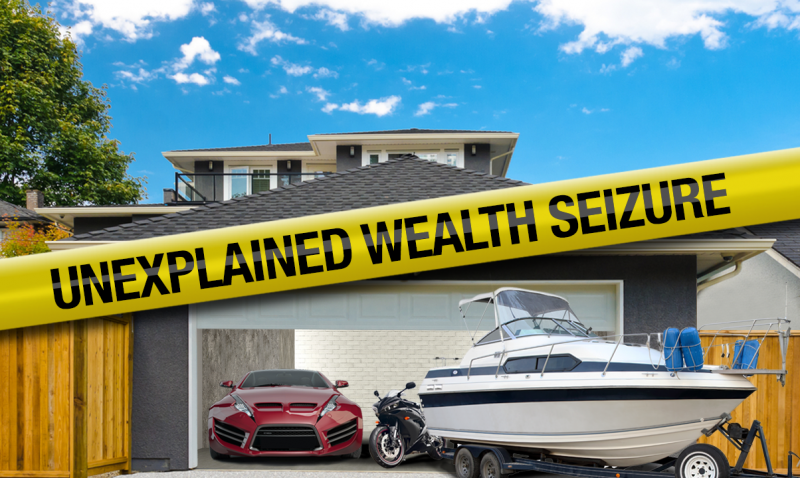 Legislation to establish an unexplained wealth confiscation scheme in Victoria was last night passed by the Parliament.

Attorney-General Robert Clark said that people involved in serious and organised crime are now on notice that they will lose their assets if they can’t demonstrate the lawful origins of those assets.

“These laws will operate in addition to legislation that commenced on 1 October that will see large scale drug traffickers forfeit almost everything they own upon conviction,” Mr Clark said.

“Together, these laws send the very clear message that, in Victoria, crime will not pay.”

Under the reforms, a court will be able to order that all the property of a person suspected on reasonable grounds of serious criminal activity be restrained. The person concerned will then have to show the lawful origins of the property in order to have it released. If they cannot do so, their assets will be forfeited to the State.

“At present, before an asset can be confiscated, authorities have to show either that the asset was used in committing a crime or that the particular asset was derived from the proceeds of crime,” Mr Clark said.

“Under this legislation, authorities won’t need to show a link between specific assets and crimes – where a person’s total assets are greater than they are able to explain by legitimate means, they will have to forfeit the excess.

“Unexplained wealth laws can be a powerful tool to target and disrupt serious and organised crime, and these laws will facilitate joint operations between Victoria and other jurisdictions.”

The new laws will also allow a court to order the seizure and restraint of a specific asset or assets suspected on reasonable grounds of having been unlawfully acquired. The person claiming to own the assets will then have to come forward and show the lawful origins of the assets in order to have them returned.

“Where a suspected drug trafficker has an expensive car, boat or other asset suspected of having been purchased with the proceeds of crime, police will be able to obtain a court order to seize that asset, in a similar manner to obtaining a warrant to seize suspected stolen goods,” Mr Clark said.

“The court will then decide whether the asset seized was lawfully acquired or not, just as the court now decides whether or not suspected stolen goods were stolen.”

Mr Clark said the legislation included a range of safeguards:

• where a restraint order is sought on the basis that the person was engaged in serious criminal activity, this will need to be based on reasonable grounds. Serious criminal activity will be defined in legislation, and will generally capture offences punishable by five years or more imprisonment and involving the generation or concealment of criminal wealth;
• a person subject to an unexplained wealth restraint order will be able to appeal against that order, including on the grounds that they were not in fact engaged in serious criminal activity;
• the court will be able to authorise reasonable living expenses and legitimate business payments to be made out of restrained property until it is determined whether or not the property was lawfully acquired;
• third parties with a lawful interest in restrained property will be able to apply to have their interest in the property excluded from any forfeiture; and
• family members and others who can demonstrate they would suffer undue hardship from the forfeiture will be able to apply to the court for a payment from the forfeited assets as relief from that undue hardship.