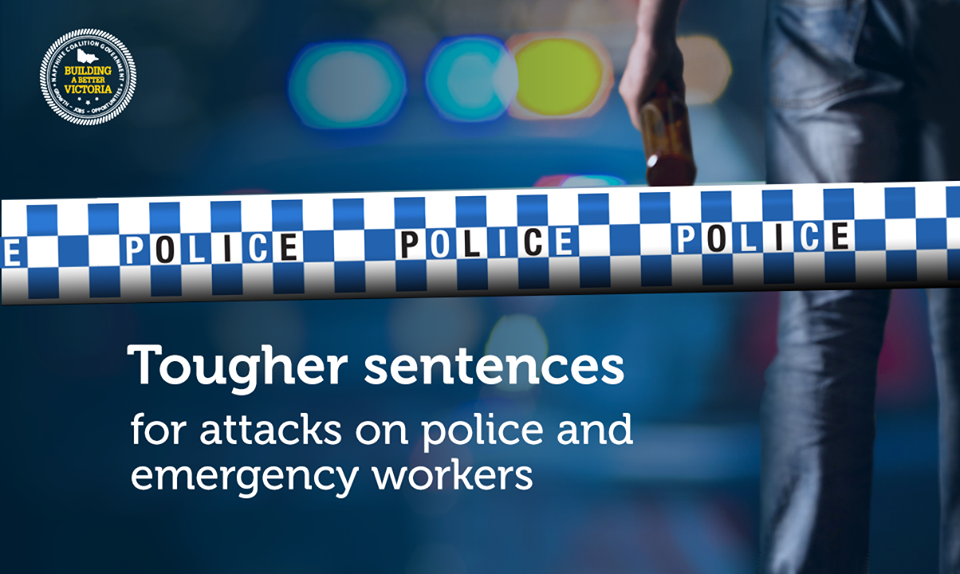 Parliament last night passed legislation to impose tougher sentences on those who commit acts of violence against emergency workers.

The new offences will apply to offenders who attack workers including police, career and volunteer firefighters, paramedics, protective services officers, SES volunteers and lifesavers as well as doctors, nurses and other staff working in hospital emergency departments.

Attorney-General Robert Clark said the passage of the Sentencing Amendment (Emergency Workers) Bill would send a very strong message that those who attack emergency workers can expect to go to jail for a long time.

Offenders who cause serious injury to emergency workers in circumstances of gross violence will spend at least five years in prison. Attacks causing other injuries will incur at least six months in jail.

An offender found guilty of murdering an emergency worker while on duty will face a baseline prison sentence of 30 years.

However, the Greens opposed the legislation, claiming current sentencing laws were adequate.

“The Greens have simply failed to grasp the importance of sending a strong message to anyone thinking of lashing out against emergency workers that they had better think again,” Mr Clark said.

“Victoria is fortunate to have many dedicated police officers, front line medical personnel and other emergency workers who devote their careers or hours of unpaid voluntary time to helping others.