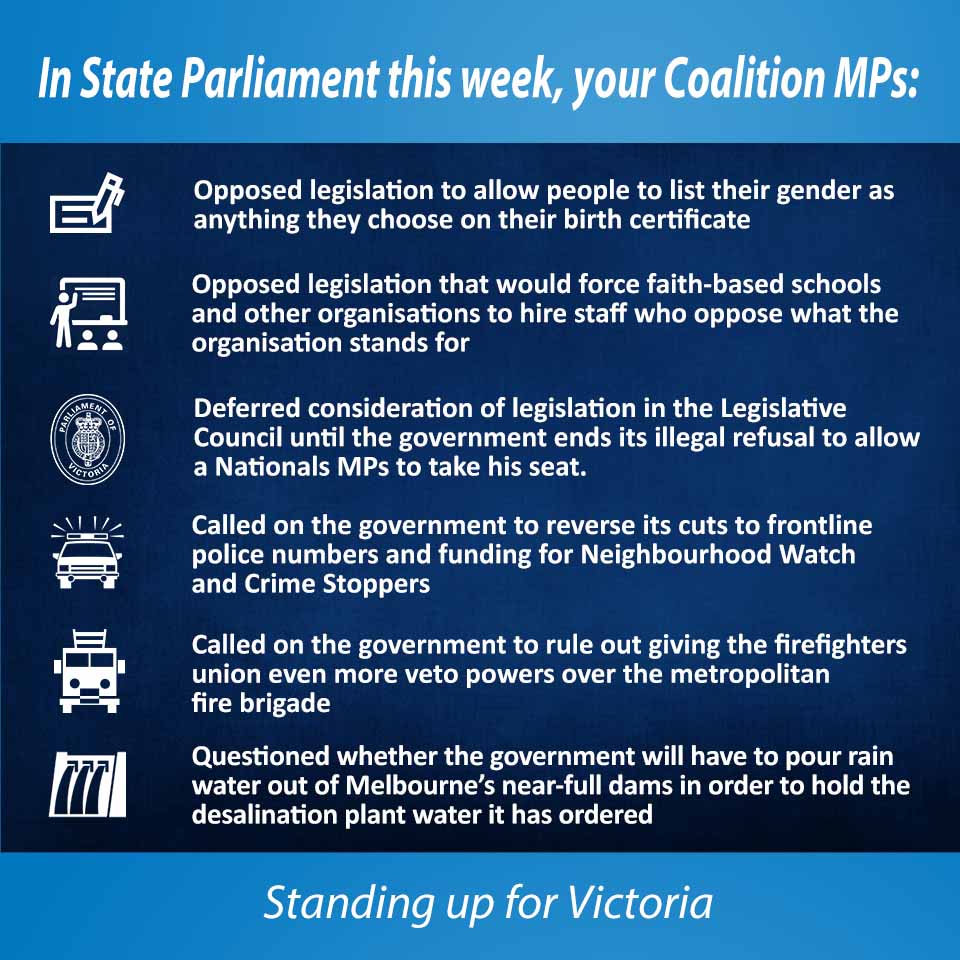 In State Parliament this week, Liberal and Nationals MPs opposed legislation that will allow people to describe their gender as anything they choose on their birth certificate, regardless of their biology or medical evidence.

We also opposed legislation that will prevent faith based schools and other organisations being able to choose to hire staff who support the organisation’s values. Notably, the government is not seeking to impose similar restrictions on political parties.

In the Legislative Council, Coalition and other non-government MPs voted to defer further consideration of legislation until the government agrees to hold a joint sitting to appoint a Nationals MP to fill a casual vacancy. This followed another week in which the government continued illegally to defy the constitution by refusing to do so.

We continued to highlight the government’s cuts to frontline police numbers, as well as a massive cut to funding for Neighbourhood Watch, and further cuts to Crime Stoppers.

We raised repeated instances of even more veto powers being sought by the firefighters union over the metropolitan fire brigade, which the government refused to rule out agreeing to.

We also questioned whether the government will have to pour rain water down the Yarra out of Melbourne’s near full water storages in order to make room for the $27 million of desalination plant water the government has ordered and refuses to cancel.