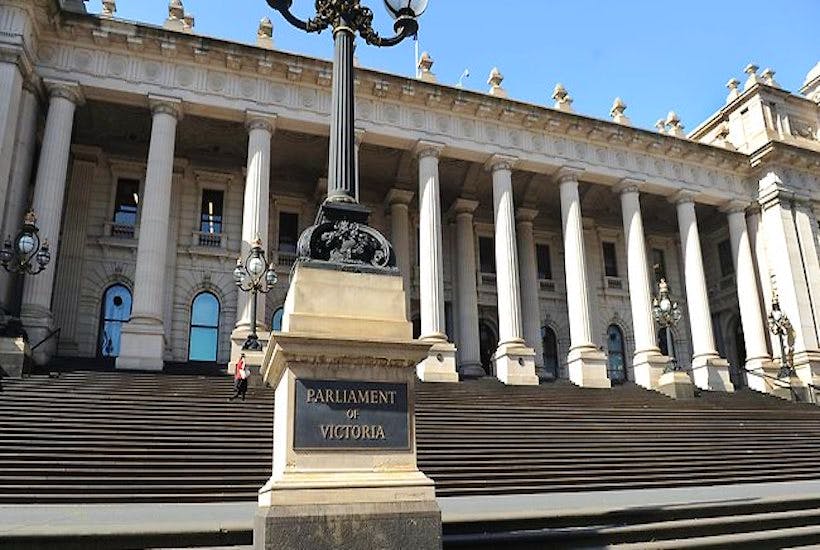 In the wake of the Victorian election defeat, the Liberal Party needs to get back to doing what any political party should always do, namely apply our principles and values to the problems and opportunities of the day, so as to develop solutions and initiatives that are better than the alternatives.

There are many pressing and often overlooked problems in our state and nation for which Liberal values and principles can provide solutions, and many opportunities that Liberals can deliver to make people’s lives better.

My article in The Spectator Australia on-line:

After Victoria, Liberals still have the values and the ideas to win

Another Victorian election, and another Liberal loss, leaving the state with a financially profligate and socially radical government in near total control of the Parliament.

Are we Victorian Liberals just a bunch of losers to be written off as hopeless, or is there a way forward?

It is true we face many grave difficulties. We are up against a ruthless and politically corrupt government, a politicised public service, a shallow and often biased media, a union movement flush with funds and personnel, and new Labor legislation that cripples our fundraising capacity.

Still, many other reformers throughout history have faced far greater difficulties and overcome them.

It is often observed that the Liberal Party is a broad church. Importantly though, to adopt another observation, the things that unite us are greater than the things that divide us, if only we concentrate on unity rather than division.

The broad Liberal philosophy is grounded in the twin values of economic opportunity and social responsibility. We have confidence in the potential, creativity and initiative of individuals and of voluntary collaborations, whether for-profit or otherwise. We have confidence in a free enterprise system, properly structured under the rule of law, to enable prosperity and innovation. We recognise the importance of supporting families as foundational social units. We also recognise the importance of acting collectively, through governments and civil society, to uphold and where necessary enforce people’s responsibilities to one another, and to provide services and support where needed.

If we step back from the daily cut and thrust of politics, there are many pressing and often overlooked problems in our state and nation for which Liberal values and principles can provide solutions, and many opportunities that Liberals can deliver to make people’s lives better. The following are a few of many possible examples.

Education: It’s appalling that educational standards in Victoria are slipping steadily behind so many other countries. We need a renewed focus on imparting core knowledge and skills. We also need to teach our young more about humanity’s achievements, not just about its failures. Teach western civilisation, yes, and also teach about the achievements of civilisations across the rest of world. Most important of all, teach about why civilisations succeed, and why they fail.

Children: We need to stop treating kids as the commodities of adults. We need to fix the foster care and adoption system so children can have assured and stable love in their lives. We need to tackle the problems of intergenerational dysfunctionality and rescue children from upbringings of malnutrition and social isolation spent staring at TV screens and being fed a diet of soft drink and corn chips. We need to treat this as primarily a social rather than an economic problem, and look to the principles of the social reformers who transformed similar dysfunction and poverty in 19th century Britain and elsewhere.

Justice: As Liberals have long believed, personal responsibility needs to be reinstated as the core value of the criminal justice system. Much offending comes from individuals leading chaotic lives, who need a great deal of structure, supervision and personal development if they are to head their future in the right direction. This requires much better integration between sentencing laws and corrections regimes. For both symbolic and practical reasons, Victoria’s Attorney-General should be the Minister for Corrections as well.

Population: Matthew Guy’s push to take population pressure off Melbourne’s suburbs and reinvigorate rural and regional Victoria has already contributed to a national rethink of population and migration policy. There is no right or wrong answer on population level or growth rate, but the debate should be on the table. A more bottom up approach to migration is a sensible national initiative, and Victorian Liberals should work in conjunction with that initiative to facilitate and encourage decentralisation through the planning regime, infrastructure provision and other means.

Energy and climate change: Human ingenuity and initiative could well be on the brink of breakthroughs in solar energy that will transform our world for the better. Governments must ensure our electricity grid and electricity market will be able to cope with the huge decentralisation of energy generation that will follow.

Finances: it remains a truism that socialists eventually run out of other people’s money to spend. Victoria is heading for a financial crunch, and Liberals should start saying so now and urging prudence, even though the current zeitgeist is to spend like there’s no tomorrow.

Of course, having good values and good initiatives is not of itself enough win elections. Parties with good platforms and policies can still be crushed at the polls if they can’t match or rebut slick spin and an onslaught of lies. Thus Liberals also need to rebuild our professional campaigning expertise and logistics and harness properly the capabilities of new engagement technologies.

However, in Australia and Victoria the community now rightly wants hope and renewal, not just more of the same. Liberals have the values and the ideas to be at the forefront. We need to get out there and get on with it.

Robert Clark is a former Victorian Attorney-General and Minister for Finance, and a Member of the Victorian Parliament from 1988 to 2018.