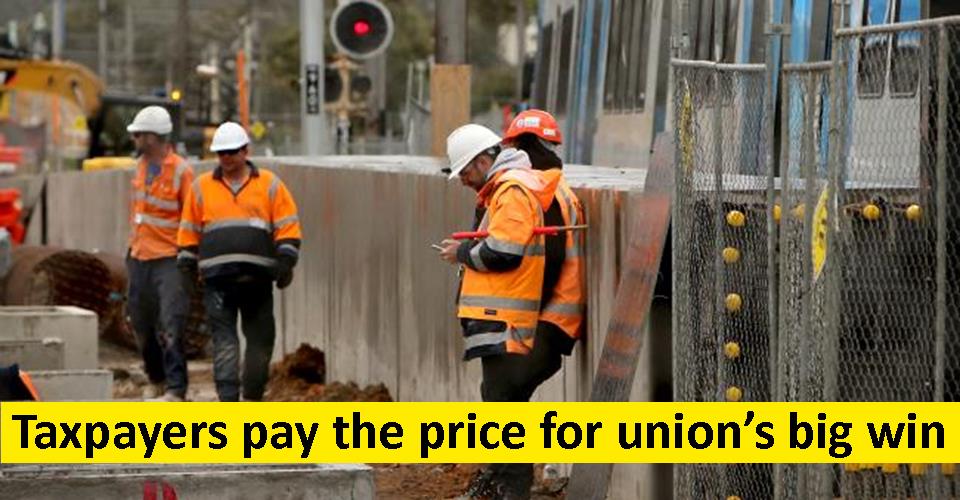 Yet again, the costs of Victorian infrastructure projects are being driven up by massive pay deals under a Labor government – just like the desalination plant.

By forcing Metro to cave in because the union threatened level crossing removals, Premier Andrews has sent unions the message that they can get whatever they want from his government if they simply threaten strikes or disruption.

Huge pay deals like this come and a cost, and that cost is borne by the public in higher taxes, higher fares and higher infrastructure costs.

Victoria is already one of the most expensive places in the world to get major construction done, and massive pay rises like this will just flow through to other projects – to schools, hospitals and roads.

The government should be standing up for the interests of the whole community, and supporting fair and reasonable pay rises instead of just slugging taxpayers with whatever it costs to buy off a strike.