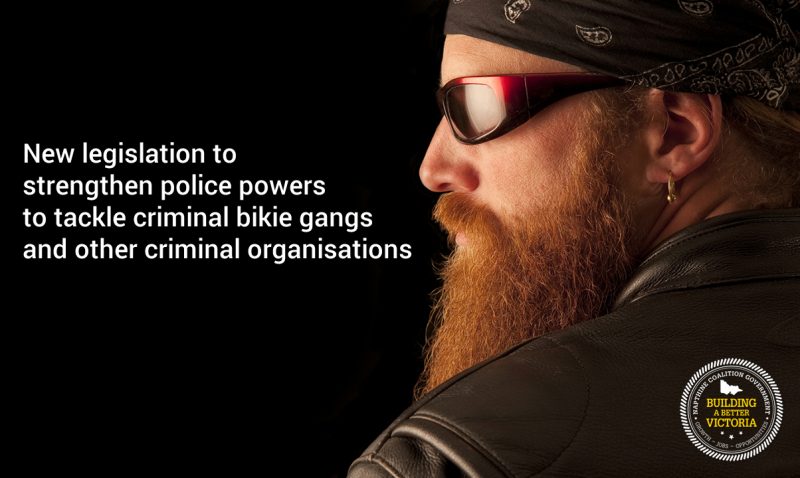 Tough new laws hitting large scale drug traffickers are now in force, with authorities no longer needing to prove that their assets are the proceeds of crime in order to confiscate them.

Offenders convicted of serious drug offences such as large scale drug trafficking or cultivation committed in future will forfeit almost everything they own under the new laws.

The new forfeiture provisions will apply on top of the 14 year median jail term offenders will face under the Coalition’s baseline sentencing reforms recently passed by Parliament.

Attorney-General, Robert Clark said those behind the mass distribution of ice and other drugs across our state needed to be hit hard.

“Peddlers of death and misery need to know that they will lose everything they have sought to gain – not only their freedom but their assets,” Mr Clark said.

“These laws send a strong message to would-be drug traffickers that crime will not pay in Victoria.

“Not only will they go to jail for a long time, they will lose almost everything they own. Any financial gain they may have stood to make will be taken away from them.”

Instead, upon conviction serious drug offenders will lose everything they own, whether lawfully acquired or not, save for basic household goods and tools and a modestly priced vehicle.

The Supreme Court can also now impose a range of restrictions without requiring police to prove beyond reasonable doubt that the criminal organisation is engaging in serious criminal activity, but instead being satisfied on the balance of probabilities.

The laws also stop gang members escaping the law by quitting one gang and ‘patching over’ to another.

Restrictions will be able to apply to gang members even if they quit the gang, and if two or more members from a declared organisation join another gang, their new gang will automatically be deemed to be involved in criminal activity without need for further evidence. This will open the way for their new gang to also be banned or restricted where police can demonstrate the new gang poses a threat to public safety and order.

Individuals subject to a control order are banned from holding a firearms licence, and any other members of a declared organisation will be presumed not to be fit and proper persons to hold a firearms licence unless they can show otherwise.

Other changes strengthen the powers of the Chief Examiner to conduct compulsory examinations of persons believed to have information about organised crime offences.

“These new laws send a clear message to outlaw motorcycle and other gangs – there is no place for your illegal activity here in Victoria,” Mr Clark said.

“We have now strengthened those laws even further, picking up on experience in Queensland and other states, as well as drawing on the growing body of Victoria Police experience in tackling these gangs.

“Unlike Labor, we will not allow Victoria to become the soft underbelly of bikie gang crime in Australia.”

The changes, which came into force from 1 October, also amend the test for leave to cross-examine a witness during a committal proceeding, to help reduce delays and end unnecessary or irrelevant questioning of witnesses.