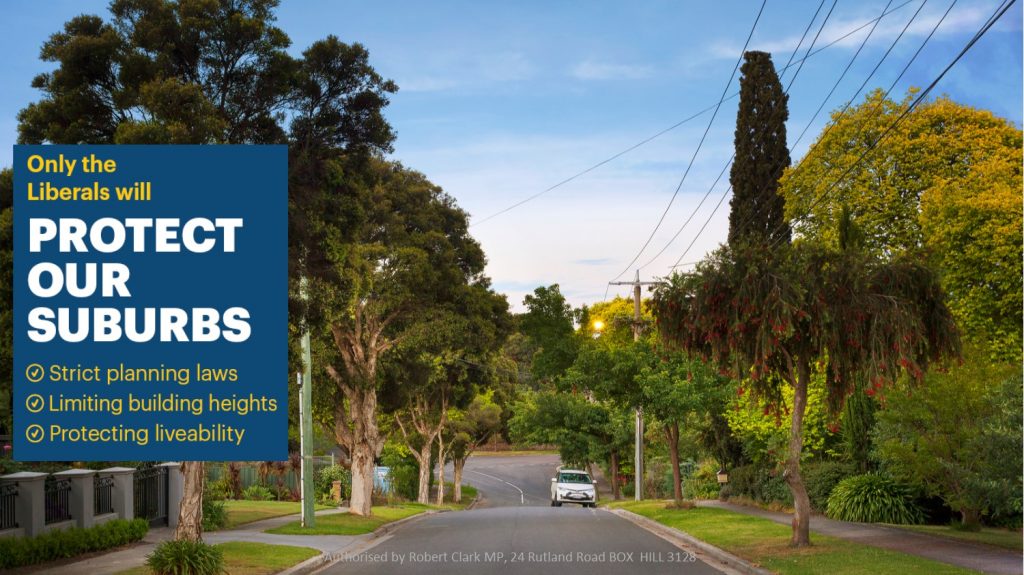 A Liberal Nationals government will introduce strict new planning rules within its first 100 days of office to protect the liveability and character of our residential streets and neighbourhoods.

This will help protect suburbs across the Box Hill electorate from Balwyn to Surrey Hills, to Mont Albert and Mont Albert North, Box Hill and Box Hill North, Blackburn and Blackburn North, Forest Hill and Nunawading.

The Andrews government’s watering down of planning protections and other planning changes have unleashed a flood of inappropriate development and population pressures in our suburbs. Their changes have

To make matters worse, the Andrews government has:

A Liberal Nationals government will give control back to local residents and councils and restore planning protections, including by:

As your local Liberal MP, I’m also fighting to ensure our suburbs get their fair share of new infrastructure and services and backing the Liberal-Nationals’ decentralisation plans that will:

For more, see the media release by Liberal leader, Matthew Guy, and Shadow Minister for Planning, David Davis – New Planning Laws to Save our Suburbs.