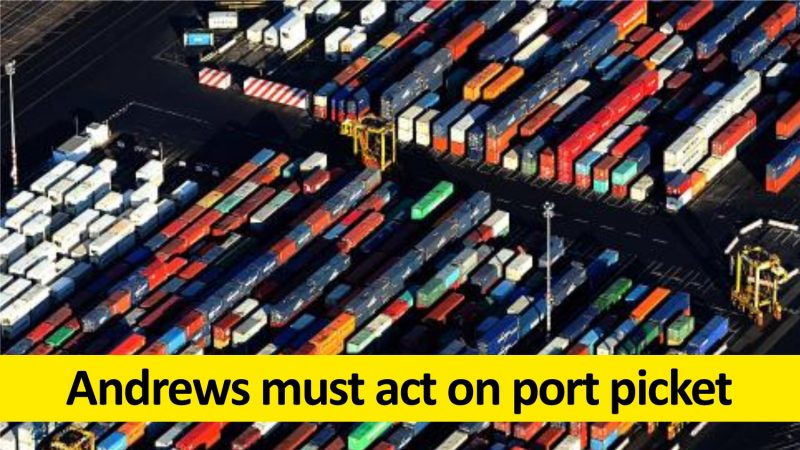 Premier Daniel Andrews needs to act urgently to end the picket currently blockading the Webb Dock terminal at the Port of Melbourne.

The picket, manned by members of the Maritime Union of Australia and the CFMEU, is causing massive delays, disruptions and costs to shipping and holding up urgent medical supplies, goods imported for Christmas and containers full of perishable food.

The picket is also doing great damage to Melbourne’s reputation as a shipping destination, after Melbourne has already fallen behind Sydney as Australia’s largest container port.

In question time today, the Minister for Ports, Luke Donnellan, was clearly unaware of the picket and tried to bluff his way through an answer, claiming the picket was about an EBA dispute.

Premier Andrews cannot just sit on his hands and allow the bullying and intimidation of his union mates to do such enormous damage to the Victorian economy and to confidence, investment and jobs.

It is particularly concerning that the pretext for this picket is an issue of port security.  In today’s climate of terrorist and other security risks, matters of security should be beyond being misused for industrial purposes.

It is appalling that Victoria’s Minister for Ports is so ignorant about what is happening at the Port of Melbourne that he is blindly unaware of the damage this picket is causing and the need for urgent action to end it.