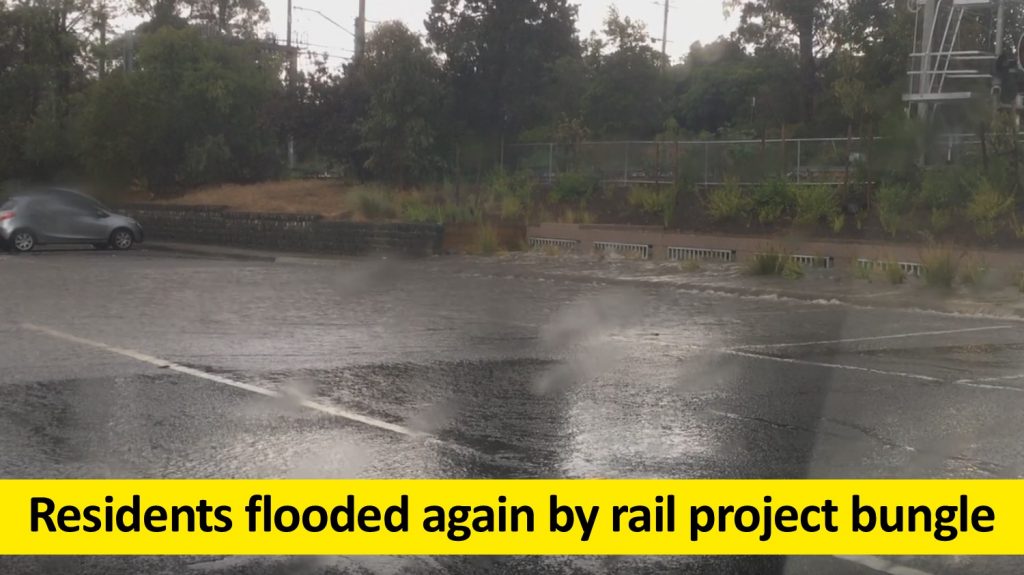 This is South Parade, Blackburn, on Tuesday – flooded yet again by water overflowing from the “upgraded” drainage system installed as part of Labor’s bungling of the Blackburn level crossing removal.

The LXRA and the government have known about this problem since similar major flooding almost a year ago, but have done nothing to fix it, leaving residents to suffer every time there’s a heavy downpour.

It’s clear that the flooding is coming straight out of the new drainage system – instead of flooding the station’s pedestrian underpass, as used to happen, it’s now flooding residents’ homes all along South Parade.

This first happened in December last year. I raised it in Parliament, residents raised it with the LXRA, it was front page of the local paper, LXRA and the government promised to look into it and then…nothing.  It needs to be fixed.