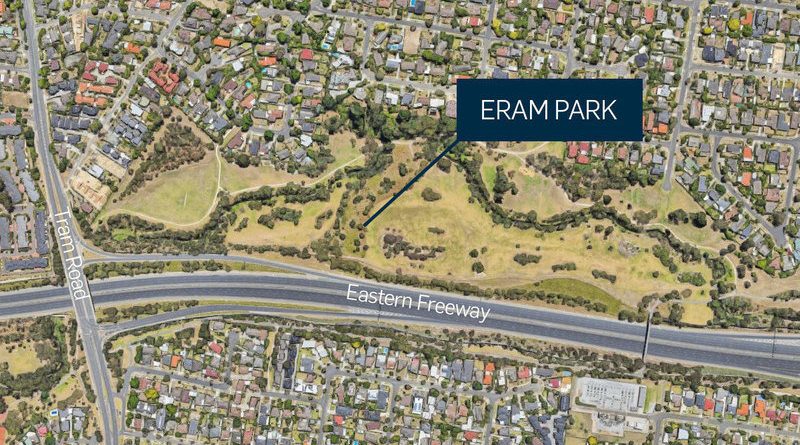 What has gone on with the Eram Park sewage treatment plant proposal is a disgrace. Here’s what I said about it in Parliament last week:

I raise with the Minister for Water the issue of the sewage treatment plant that the government and Yarra Valley Water (YVW) are proposing to construct in Eram Park in Box Hill North, and I ask the minister to ensure that there is no net loss of open public space and no other adverse environmental effects for local residents, whether by locating the plant somewhere else, putting it underground or providing a replacement public open space nearby for any open space that is lost. I wrote to the minister about this issue in October last year ahead of Yarra Valley Water’s final decision, but regrettably instead of listening to the concerns of local residents the minister simply defended what the government and YVW were doing.

The so-called consultation process involved has been woeful. Initial material delivered to residents was vague and uninformative about what was proposed, creating uncertainty and concern in the local community. While later material provided some clearer information, it still required residents to visit and spend time going through a YVW web page to actually find out details of locations that were being considered and what the proposals consisted of. Even though two of the nominated possible sites were located in the City of Whitehorse, the so-called independent panel included no-one with a background in the City of Whitehorse, while at least two of the three panel members had close connections with the City of Manningham. Whitehorse residents, particularly residents of Box Hill North, who will lose popular local parkland due to this decision, are understandably asking how it is fair for them to be required to give up their local parkland in order to treat sewage so that it can be provided as recycled water to projects located kilometres away.

As with so many other decisions, the Andrews government seems to be showing yet again that it neither knows nor cares about the needs and concerns of eastern suburbs residents. The parkland concerned is held by Whitehorse City Council on behalf of the community, and I congratulate local councillors for refusing to just go along with what the government and YVW want to do. It is not good enough for the government and YVW to propose simply to acquire the land they want to use and to pay the council some assessed value for it. They should either locate the plant somewhere else, construct it underground so that parkland can remain on top of it or, at the very least, provide an equal or greater amount of replacement open space parkland nearby. The government and YVW also need to ensure that local residents are not adversely affected by the smells, fumes, chemicals, noise or vehicle movements involved with operating a sewage treatment plant.

(For the Hansard of my remarks, see Minister must act on Eram Park sewage plant .)