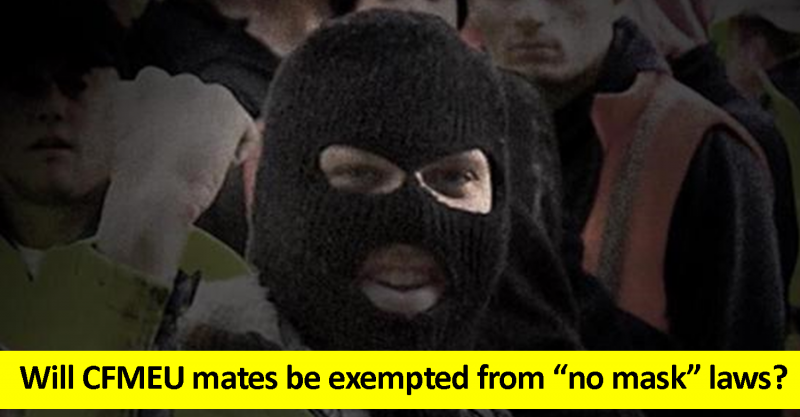 The Andrews government has landed itself in a mess over its scrapping of move-on laws.

The Labor Party was quite happy to have masked CFMEU thugs on picket lines blockading ordinary workers who just wanted to get on with their job.

Now they are talking about rushing in “no masks at protests” laws to try to make up for their abolition of the move on laws that gave police the powers they need to deal with protesters who threaten violence.

The question Labor must answer is whether they will give special exemptions for their CFMEU and other mates when they bring in these rushed new laws?

No-one should be allowed to resort violence or intimidation, whatever their issue or protest is about. That needs to apply to the Labor Party’s union and protester allies just as much as it does to everyone else.

The Herald Sun sums up it well in its editorial More power to the police.