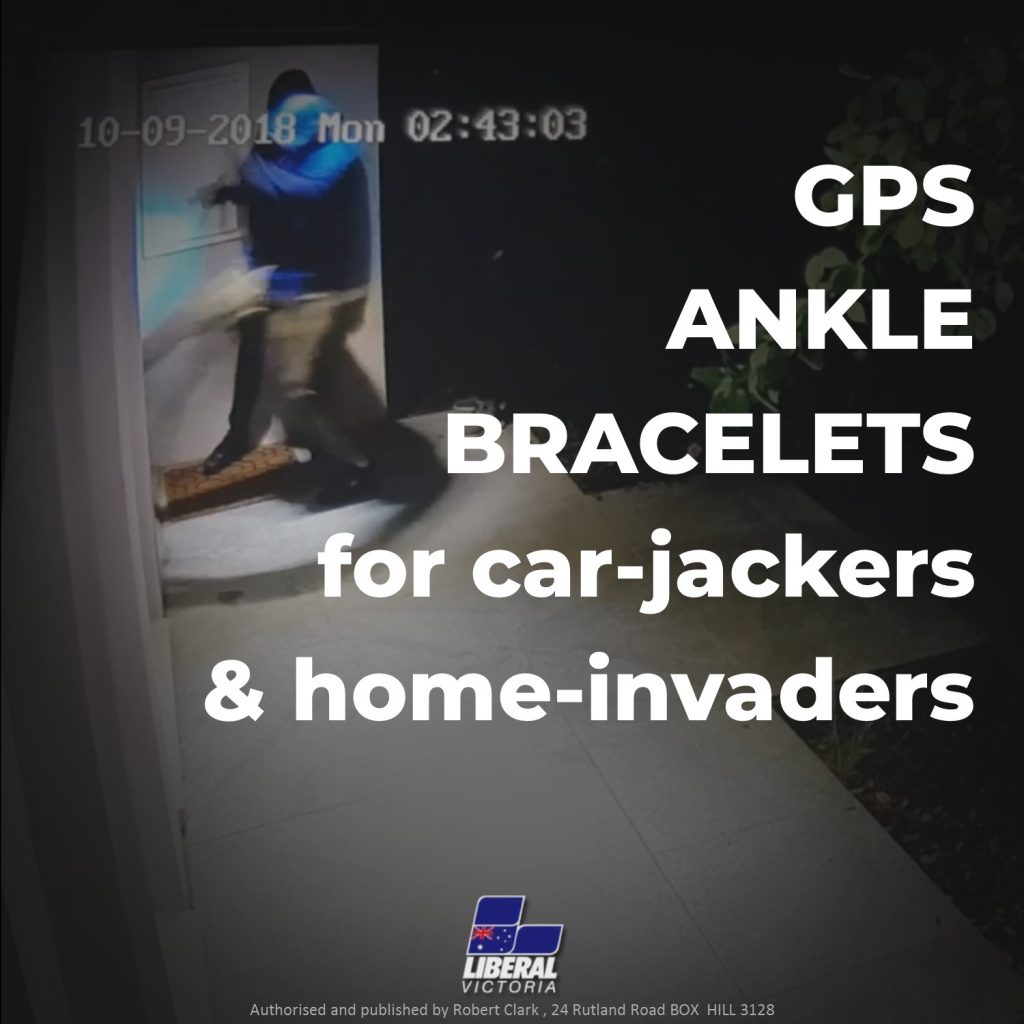 A Liberal Nationals Victorian government will require criminals who commit home invasions or car jackings to be fitted with GPS tracking anklets when they are released from jail.

This new law will deter offenders on parole from committing further crimes. If they do re-offend, they will be able to be quickly found, arrested and charged. Under a Liberal government, repeat violent offenders will then go jail for at least 10 more years.

We need strong new laws like this to bring back respect for the law and help make Victoria safe again.