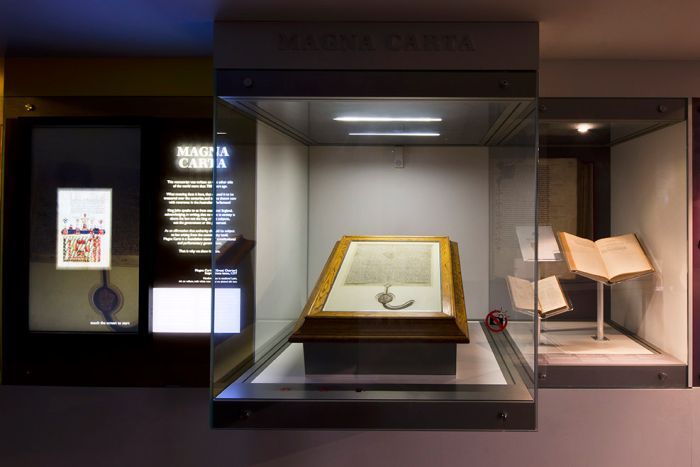 Australia is taking our part in the celebrations of the 800th anniversary of Magna Carta, as we should, since Magna Carta is one of the foundations on which our Westminster system of government is built.

As ABC News reports “As part of the 800th anniversary celebrations of the most famous document in the English-speaking world, the Magna Carta will be examined by conservation experts, digitised, and rehoused in a new setting at Parliament House in Canberra” – http://www.abc.net.au/news/2015-02-05/australia-magna-carta/6072830

The Magna Carta at Parliament House, Canberra, is one of only four surviving engrossments (original sealed versions) of the 1297 re-issue of Magna Carta by Edward 1.

It was purchased by the Commonwealth Government under Prime Minister Robert Menzies in 1952. It is one of only two engrossments of Magna Carta known to be held outside England (the other being in the National Archives in Washington).

To find out more about Australia’s Magna Carta, see http://www.magnacarta.senate.gov.au/